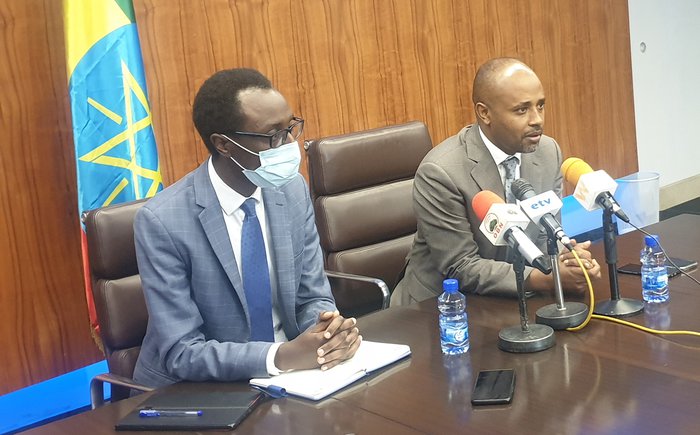 The Ministry of Finance and the Attorney General, announced the establishment of the Effort Corporate Group- Board of Trustees. The announcement was made during a press conference given by H.E Dr. Eyob Tekalign, State Minister of Finance and Attorney General      Dr. Gedion Timothewos, who explained that urgent measures were taken to restitute and ensure the resumption of the operations of the Endowment Fund for the Rehabilitation of Tigray (EFFORT companies) while ongoing investigations against EFFORT continue.

Dr. Eyob Tekalign explaining about the establishment of the Board of Trustees said to the main objective is to address gaps that might be caused due to the absence of leadership and to spearhead the return of EFFORT companies’ operations to normal business. Dr. Eyob also said, the board is composed of 7 individuals, including those from the public and the companies themselves, and have been elected for integrity, professionalism and political impartiality. He also said that the board members have been appointed by the Federal High Court and added that senior staff from the Ministry of Finance and the Ministry of Trade have been included as members of the board so they can bring in their expertise.

Furthermore, Dr. Gedion Timothewos elaborated how the Board of Trustees the corporate offices will prioritize ensuring the companies resume their functions as investigations continue. He also said that these companies will focus on rehabilitating and developing  Tigray region in line with their initial mission of establishment.