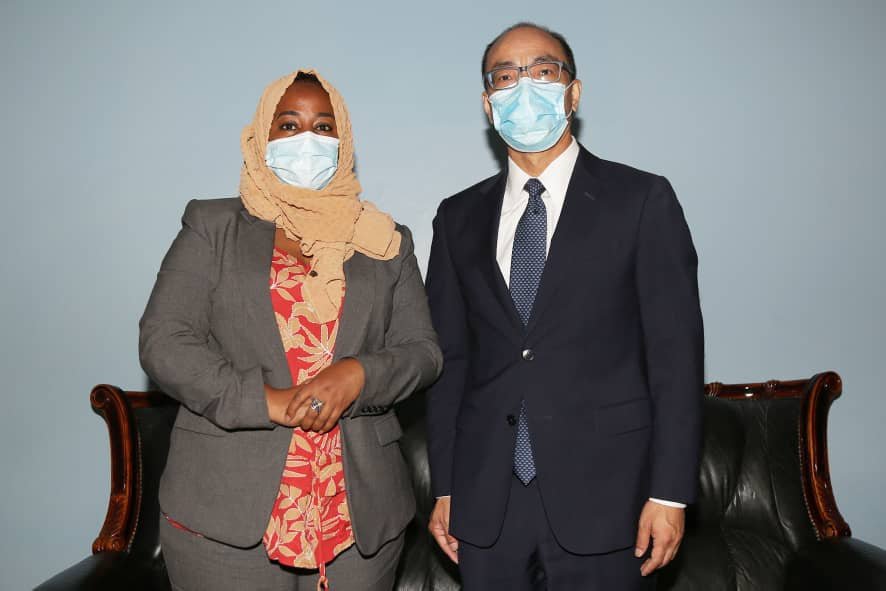 A consultative meeting to strengthen the bilateral Economic Cooperation between the People’s Republic of China and the Federal Democratic Republic of Ethiopia was held today between H.E. Yasmin Wohabrebbi, State Minister of Finance, and H.E. Mr. Yang Yiang, Minister Counselor of the Economic and Commercial Counselor Office of the Chinese Embassy in Ethiopia.

In the meeting, H.E. Yasmin thanked the Chinese government for its financial support for mega infrastructural projects being implemented in Ethiopia. With the support of the Chinese Government, Ethiopia has realized several flagship projects such as railways, expressways, power projects, telecommunication, airport terminal, vessels, manufacturing industries, and others which have significantly contributed to the growth and transformation of Ethiopia’s economy.

H.E. Mr. Yang Yiang on his behalf reiterated the commitment and desire of his government to strengthen the bilateral cooperation.

He also explained the upcoming plans and preparations underway by the Economic and Commercial Counselor office to organize a trade fair in Ethiopia which will be highly important to encourage more Chinese Businesspersons and companies to invest in Ethiopia. In conclusion, the two parties agreed to follow up on the current and in pipeline grant as well as financing projects.