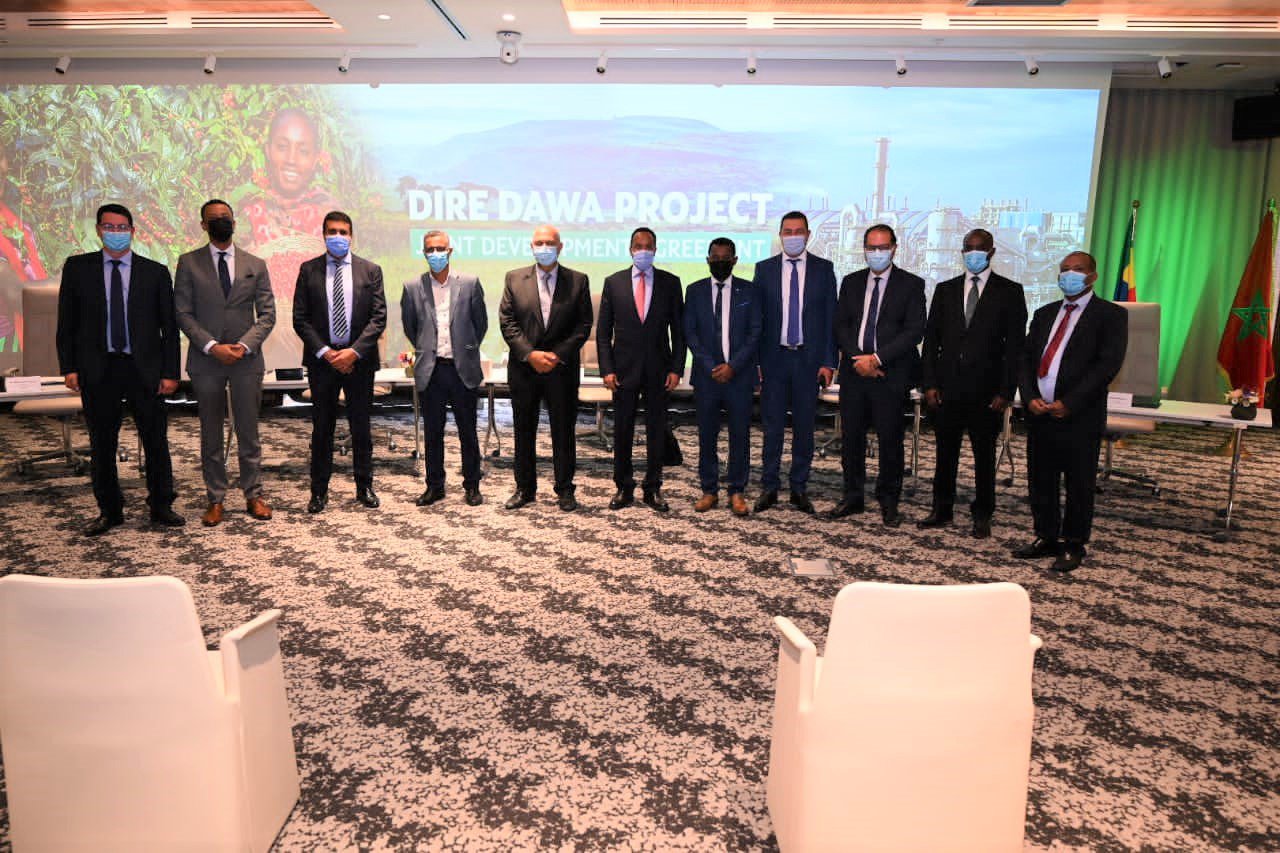 The visit was used to discuss and reach an agreement to execute a Joint Development Agreement to establish an Ethiopian joint venture company for the implementation of a project that will establish a local fertilizer plant in Ethiopia. The agreement is based on Feasibility, Conceptual, Environmental and Social Impact Assessment and Hydro & Geotechnical studies that have been conducted. According to the agreement an integrated fertilizer complex will be established in Dire Dawa, using local resources (Ethiopian gas and Moroccan phosphoric acid).

The project will have an initial estimated investment of approximately USD 2.4 billion during the first phase to develop a 2.5-million-ton fertilizer production unit, combining Urea and NPK/NPS products, and which could reach a production capacity of 3.8 million tons per year, for a total investment of up to USD 3.7 billion during the second phase.

It is firmly believed this project will have significant contributions in meeting Ethiopia’s continuously growing demand for fertilizers(primarily Urea and NPS+). As from 2022, fertilizer imports in Ethiopia will represent USD 1 billion, and could potentially reach USD 2 billion in 2030.

The Government of Ethiopia affirms its firm support for agriculture and continues to working tirelessly to find tailored solutions to agricultural and industrial challenges of the country.