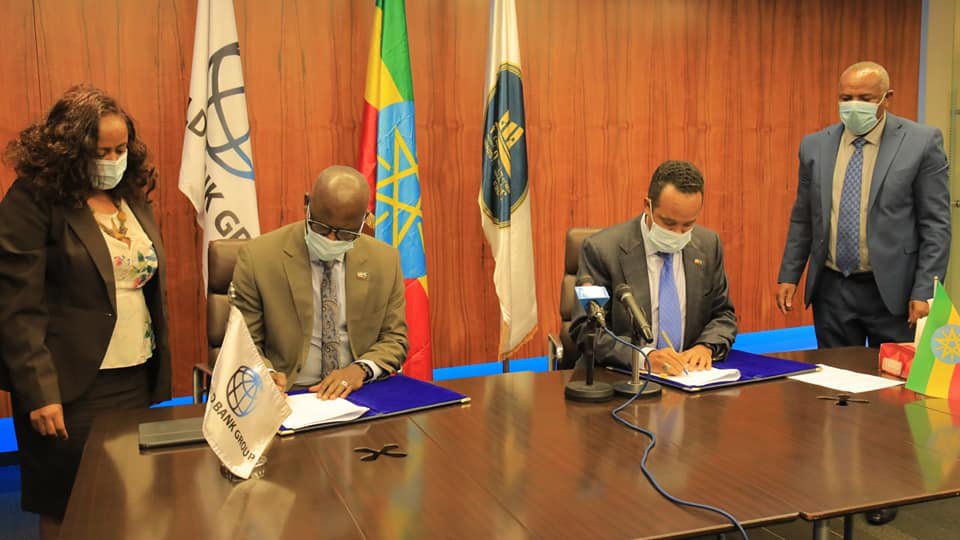 Ethiopia signed a Financing Agreement with the World Bank to support the Government’s Digitalization Program. The Bank, through this agreement, committed a concessional loan of US$ 200 million which approximately amounts to ETB 8.4 billion.

H.E Ahmed Shide, Minister of Finance of Ethiopia during the signing ceremony said, “The financing of this project will directly contribute to Ethiopia’s digitization strategy, which pursues an inclusive digital economy approach that will catalyze Ethiopia’s broader development vision set out in the Ten-Year Perspective Plan for Prosperity”.

The Minister also said the project will also contribute to the job creation objective of the government especially within the tech industry the creation of digital solutions and their adoption by the rest of the economy.

The proceeds of the loan from this project will be used in three areas. First, to strengthen the analog foundations of the digital economy, particularly policy-making, effective regulation for the telecommunications sector, and the development of digital entrepreneurship.

The second is the development of the capacity of the Government to deliver digital services through connecting targeted public institutions and educational institutions to a broadband network.

The third area is nurturing digital entrepreneurship and incentivizes digital businesses to train, provide digital devices, and mobilize Ethiopians to participate in the digital economy, and thereby generating income and jobs.