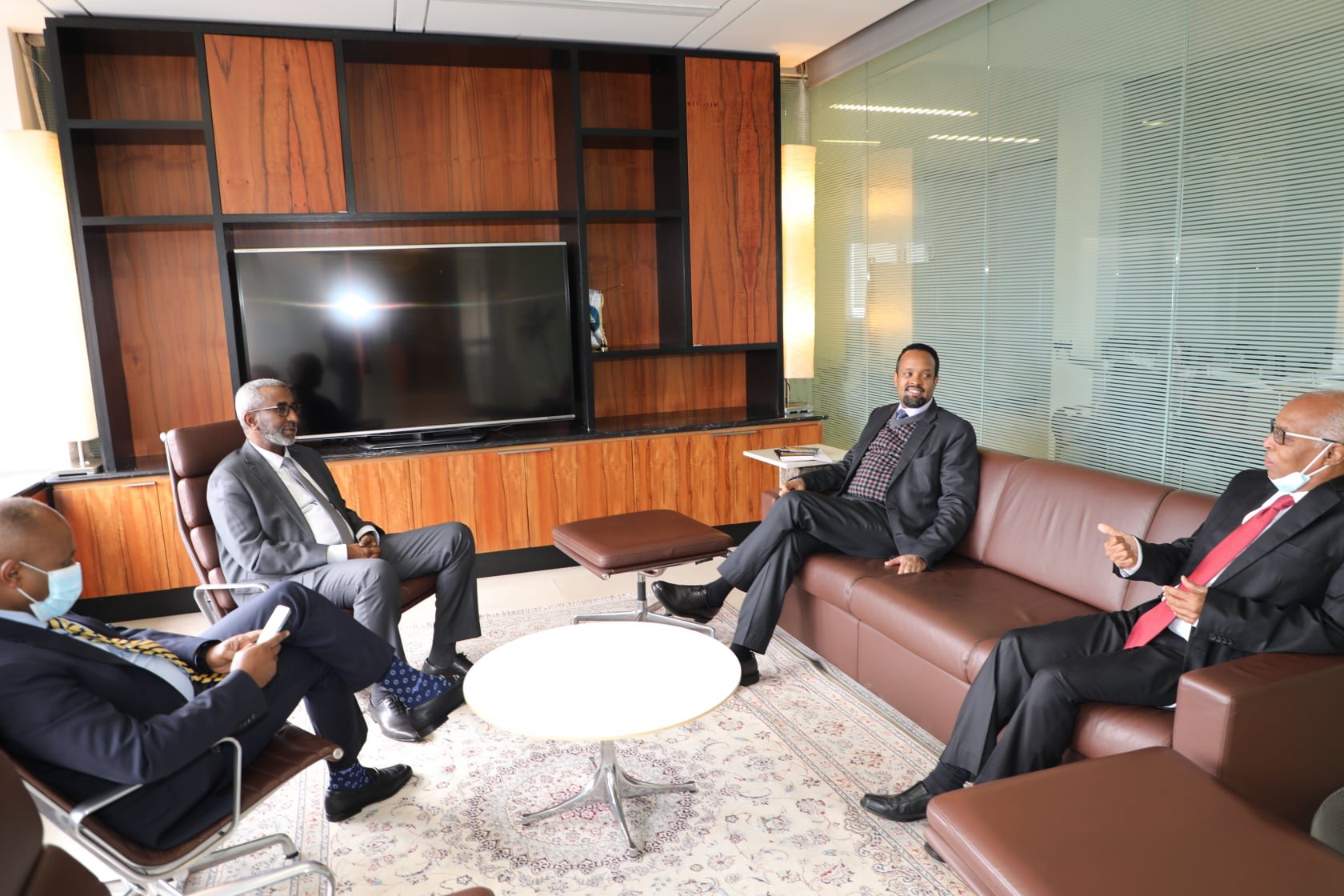 A high-level delegation led by H.E Mr. Abdoulkarim Aden Cher, the Minister of Budget of Djibouti, is in Ethiopia for a three-day visit to discuss and advance strategic bilateral interests.

The Minister also explained the economic cooperation between the two countries has been growing to incorporate different sectors including the advancement of key infrastructures networks in transport, telecommunications, electric power, and potable water among others.

Furthermore, Minister Ahmed affirmed the commitment of the Government of Ethiopia for the advancement of the economic relationship between the two countries. In this aspect, he encouraged the finalization of the agreement on the avoidance of double taxation to encourage trade and investments between the two brotherly countries sighting examples of Ethiopian companies such as the National Oil Company (NOC) which have invested in petroleum stations and the petroleum depot in Djibouti

Minister Ahmed also expressed his firm belief that this visit will be used to review achievements and renew friendship between the two countries as well as to chart the future so as to bring the relationship to a new high.

H.E Abdoulkarim Aden Cher on his behalf explained the how Ethiopia and Djibouti have strategic comprehensive partnership which have multiple pioneering areas of cooperation that have constantly enrich the content of bilateral relations and sever as model for other countries in the region.