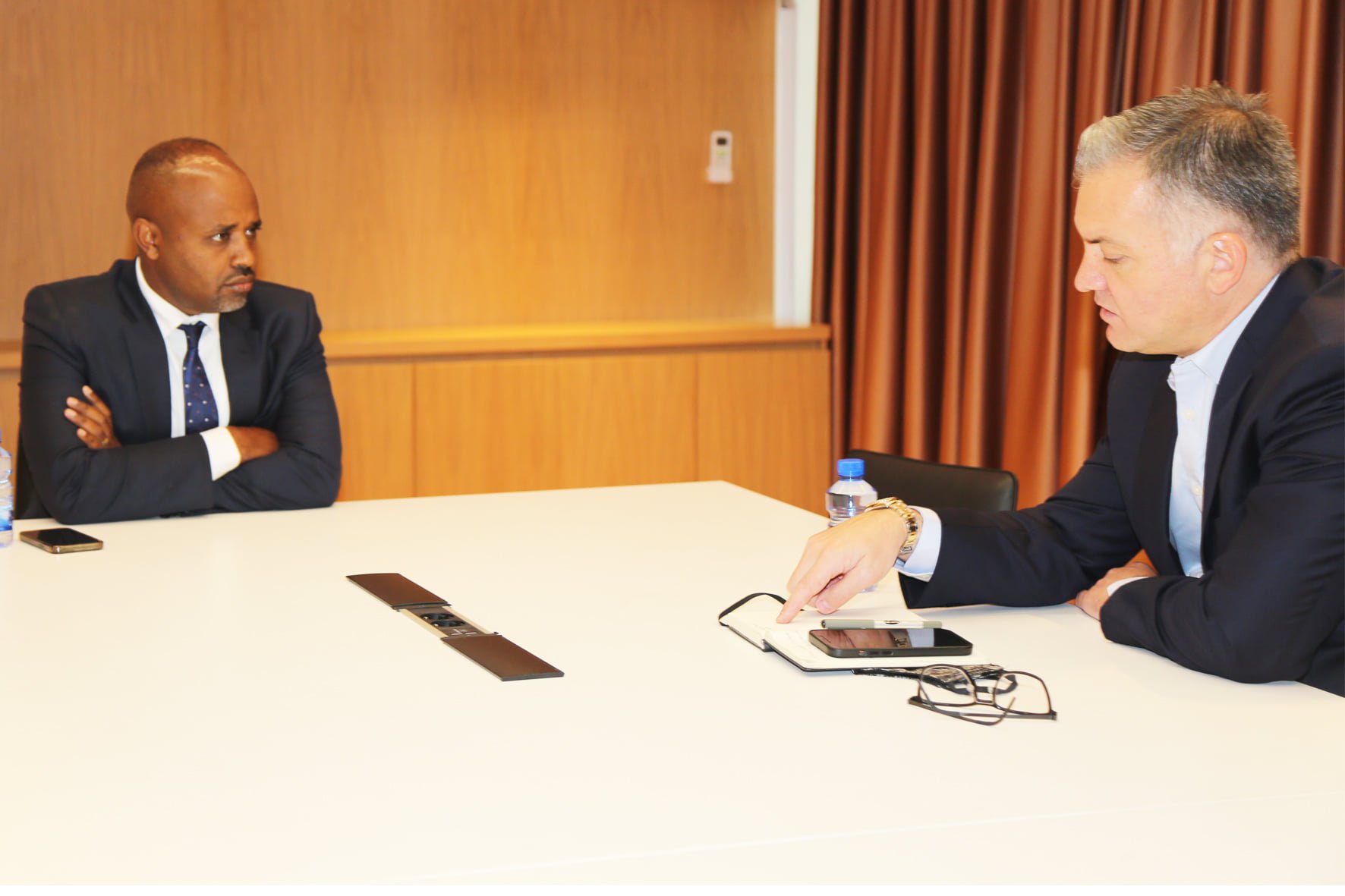 They discussed the progress of the project by Global Partnership for Ethiopia and the next steps in the implementation. Dr. Eyob and Mr. Soussa spoke about the importance of digitization and an open and competitive telecommunications sector for the future of the country.

In the discussion, Dr. Eyob said the Government of Ethiopia as part of its homegrown agenda said Ethiopia has opened its market to private-sector competition, and foreign investment, which is expected to bring a higher quality of service and more choice for consumers. He also said that these reforms will lay the foundations for Ethiopia’s future digital transformation.

Safaricom Ethiopia PLC’s entrance as the second mobile phone operator in Ethiopia is expected to spur massive investment in the telecommunications sector as well as to bring increased competition to the market, leading to improvements in service quality, coverage, and innovation. It is also expected to lead to thousands of direct and indirect jobs being created as companies are formed to offer services to the industry and a new technology ecosystem emerges. Mr. Soussa expressed his gratitude to Dr. Eyob and the Government of Ethiopia for having given Safaricom Ethiopia PLC the opportunity to serve the people of Ethiopia and for their strong support as the telecommunications company prepares to launch operations.