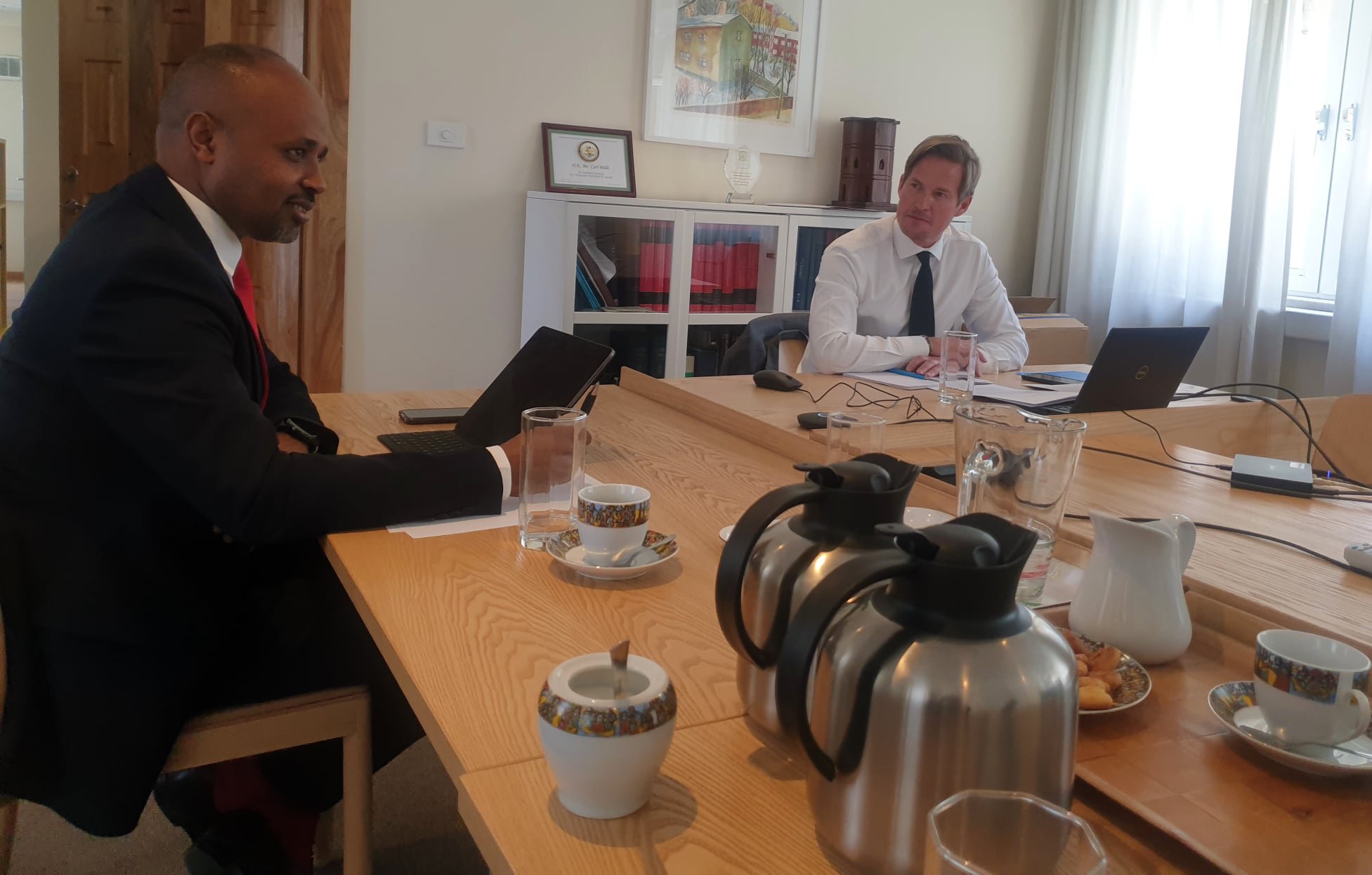 The Swedish Embassy in Addis organized a virtual webinar to provide updates on measures being taken to transform Ethiopia’s economy and what to expect from future reforms.

H.E Dr. Eyob Tekalign, State Minister of Finance of Ethiopia, and H.E Hans Henric Lundquist, Ambassador of Sweden to Ethiopia and the African Union, as well as Swedish companies some of whom are already present and active in Ethiopia and other parts of Africa, attended the meeting.

In his opening remarks, Dr. Eyob elaborated about the series of economic reform measures and policies that Ethiopia is undertaking which are directed towards creating structural transformation and strengthening private sector participation in the economy.

The State Minister explained how the reforms have been significant in avoiding a full-fledged financial crisis that was looming because of the development model the previous government was following which relied heavily on borrowing money for State-Owned Enterprises (SOEs) and projects that were also used inefficiently. In this regard, he said that economic reform measures have helped to remove regulatory obstacles, which in the past used to hamper investment.

He also said the reform measures taken so far have brought about significant improvements in investment laws and enhancements in the business climate. In terms of priority, Dr. Eyob explained reforms in the agricultural sector as the country moves towards mechanization, improved manufacturing, and growth in the export sector of the country.

The minister also elaborated about the SOE reforms, tax reforms, debt management plans, and the measures being taken to liberalize the telecom sector and privatize ethio telecoms. With regards to financial sector reforms, he explained the steps taken in terms of foreign exchange management, measures to control inflation as part of the preparations to establish a capital market, and strengthening the treasury bill market as well as modernizing the monetary policy framework.

The Minister said that Ethiopia possesses a vast array of resources that can offer a huge potential for investment in the area of agriculture, agro-processing, mining, manufacturing, and other sectors and encouraged Swedish investors to continue looking into the untapped investment potential and incentives in the country.

Representatives of over 25 companies such as Ericsson, Hennes, and Mauritz (H&M), Volvo Trucks, and AstraZeneca attended the meeting.