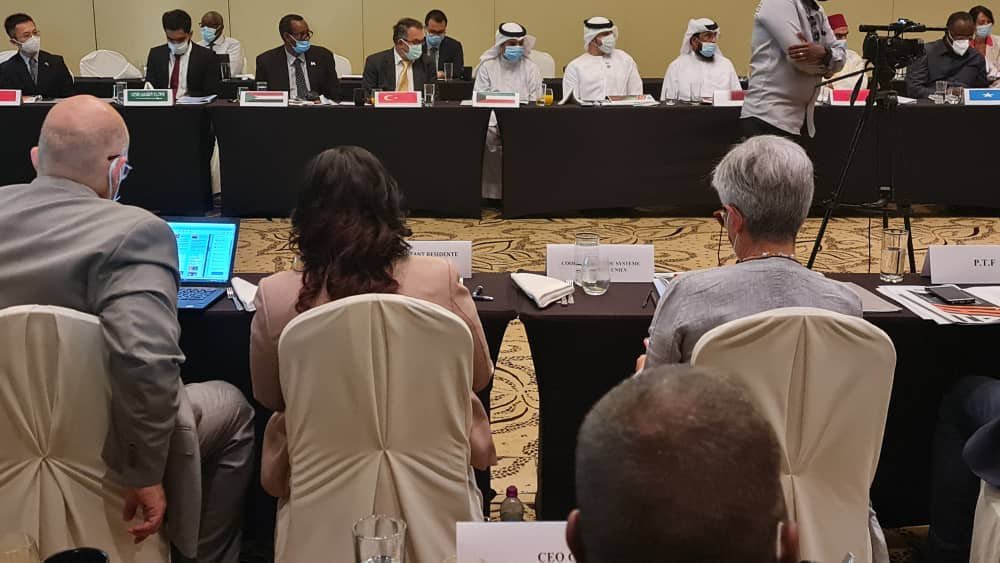 26 June 2021: H.E Ahmed Shide, Minister of Finance of Ethiopia is attending a meeting with Finance Ministers of Djibouti, Kenya, Somalia, and Sudan to discuss the progress of the Horn of Africa Initiative (HoAI) in areas such as trade and energy as well as to develop a regional digital eco-system.

The Finance Ministers in Djibouti were joined with Mrs. Nnenna Nwabufo, Director General East Africa of the African Development Bank (AfDB), and the Executive Secretary of IGAD Dr. Workineh Gebeyehu who is attending the meeting as an observer, bringing the regional organization’s knowledge and experience for further advancement of the programmes and projects of the Initiative.

This meeting, which also included development partners such as the World Bank and EU as well as various media organizations aims at promoting greater awareness and support for the Initiative among a wide range of audiences through raising the visibility of the achievements of the initiative.

During the meeting, Minister Ahmed Shide welcomed Sudan’s new status as a full HoAI member. Accordingly, the Minister said the Initiative will be developing new priorities to align Sudan’s economic development agenda with the Initiatives’ programme, and said the first project involving Sudan is expected to be approved in the upcoming year such as the agro-pastoralism project that has already been submitted by the country.

Furthermore, he added that although Sudan previously was not a full member it was benefiting from HoAI projects including efforts to fight Covid-19 and periodic pests control efforts.

The Minister also expressed his appreciation for the continued support and commitment of the African Development Bank, the European Union, and the World Bank Group in helping advance the implementation of the programs of the Horn of Africa Initiative.

The current chair of the HoAI Secretariat, HE Mr. llyas Moussa Dawaleh, Minister of Economy and Finance, Djibouti on his behalf said thus far, the Initiative has mobilized over US$3.3 billion from the three development partners to finance critical regional priorities in areas such as transport connectivity, energy trade, digital economy, trade facilitation, agro-pastoralism, locust control, and building resilience.

The HoAI is currently working to mobilize US$15 billion financing package for its already approved priority development projects.