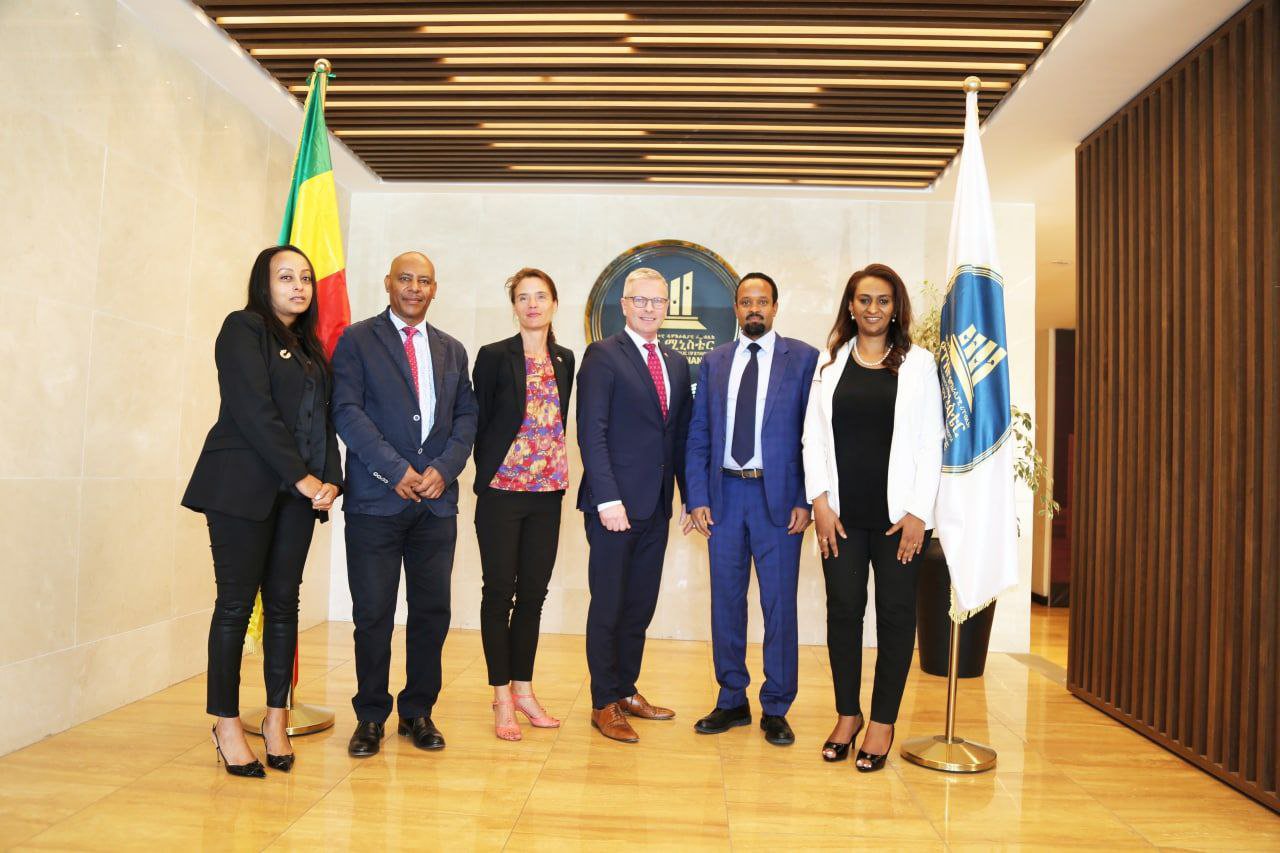 May 6, 2022 - Minister of Finance H.E. Ahmed Shide received at his office the Danish Minister for Development Cooperation H.E. Mr. Flemming Moller Mortensen, and the Ambassador to Ethiopia H.E. Kira Smith Sindbjerg to discuss development cooperation between Ethiopia and Denmark.

The Minister acknowledged Denmark’s longstanding partnership and commitment and thanked its continued development assistance during the conflict, in direct support of the millions of people across the country who are being hit by the crisis, even as the country continues to struggle with the lingering impacts of COVID19 pandemic, the severe drought and the rising commodity prices. 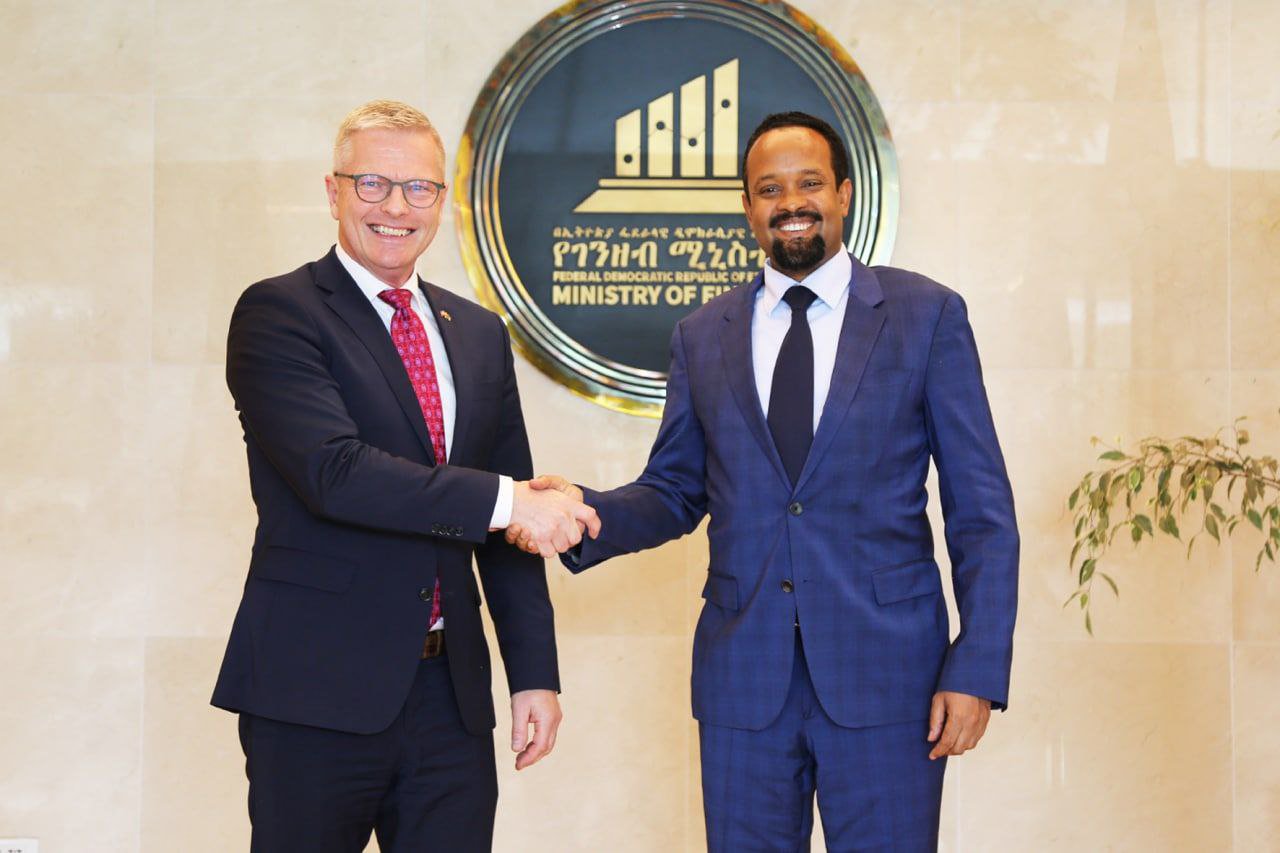 The two Ministers discussed current political and economic affairs, including the good progress toward peace, and the criticality of continuing people-centered interventions on food security, and livelihoods, as well as climate change related programs including renewable energy and drought management, to directly support the poorest and most vulnerable communities affected by the various shocks.

H.E Ahmed Shide also briefed the Minister on the government’s ongoing recovery planning and resource mobilization efforts to support the conflict affected regions, and indicated the need for assistance to adequately recover from the effects of the conflict, which has significantly affected people’s livelihoods, welfare, as well as the economy and infrastructure. 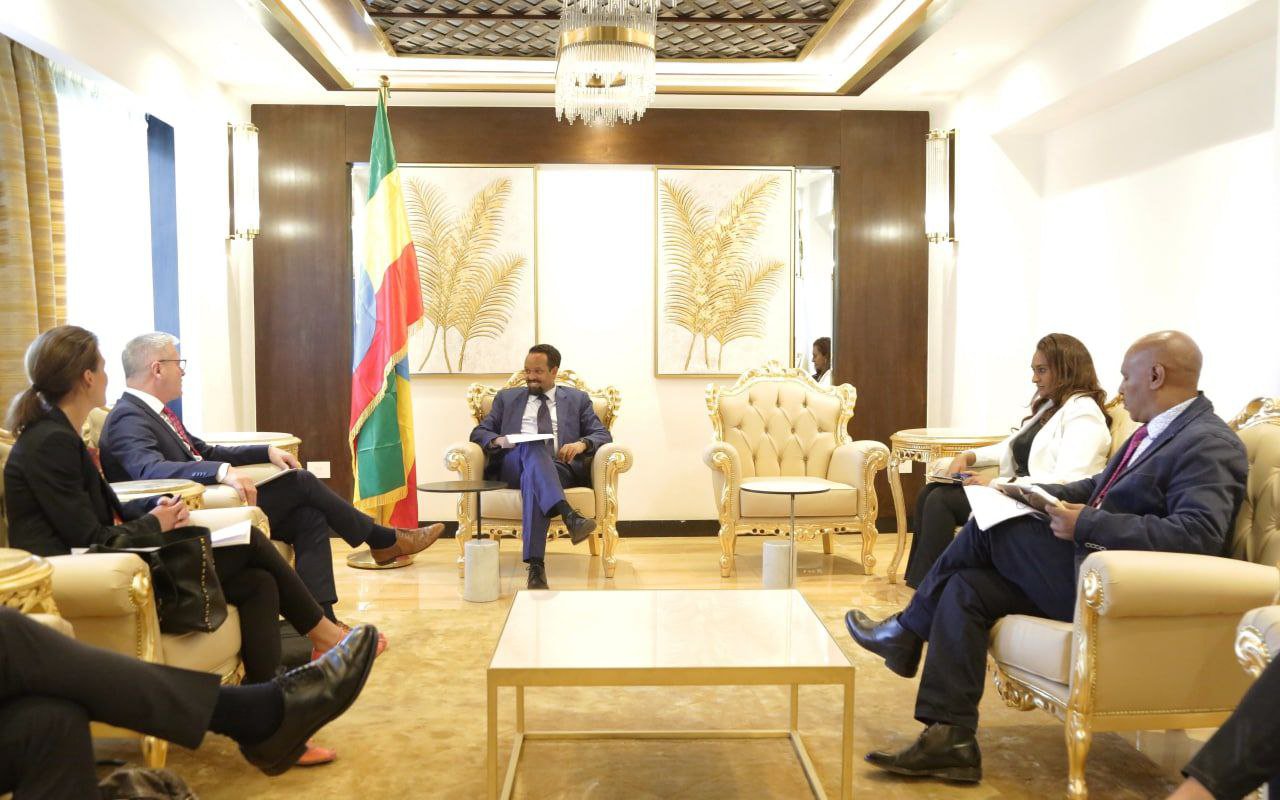 The Danish Minister, on his part, highlighted Denmark’s priority to support a stable Ethiopia and encouraged the measures taken toward this goal and the sustained efforts on humanitarian assistance in N. Ethiopia. The two Ministers reaffirmed mutual commitment to continue and strengthen cooperation activities between the two countries.