The World Bank has reaffirmed its commitment to support the Government of Ethiopia's reform programs, and it's financing. In a statement issued on September 2nd 2020, the Bank stated that it will continue its partnership with the Government of Ethiopia and fully support the country's economic reform program. Moreover, the statement noted all program and budget support financing requests submitted to the World Bank Group Board of Executive Directors are being processed according to the normal procedure. The World Bank is one of the largest sources of technical and financial support to Ethiopia's effort to sustainably reduce poverty, increase shared prosperity, and promote sustainable development. Under the IDA-19 (three years) framework, the World Bank has allocated over five billion USD to Ethiopia to supports country-driven solutions that are people-cantered, boost economic growth, and bolster resilience to climate shocks and natural disasters. In line with this, several programs and projects are currently under preparation to commit the resources.

In recent years, the Bank has shown tangible support to Ethiopia's reform agenda. After more than a decade, direct budget support programs were reintroduced in the form of Development Policy Financing, spearheaded by World Bank together with Bilateral Development Partners. The reform financing programs support the implementation of the government’s reform agenda to address key binding constraints in the economy and put Ethiopia on a path to prosperity. Thus far, the Bank has provided more than US$1.7 billion in the first two rounds of Development Policy Financing program.

The Government of Ethiopia remains resolute in its aim to fully implement all initiative under the Home-grown Economic Reform agenda, and we will continue to work with our development partners to bring equitable opportunities to citizens by addressing fundamental macro-economic, structural, sectoral challenges. 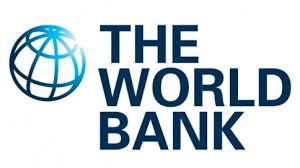